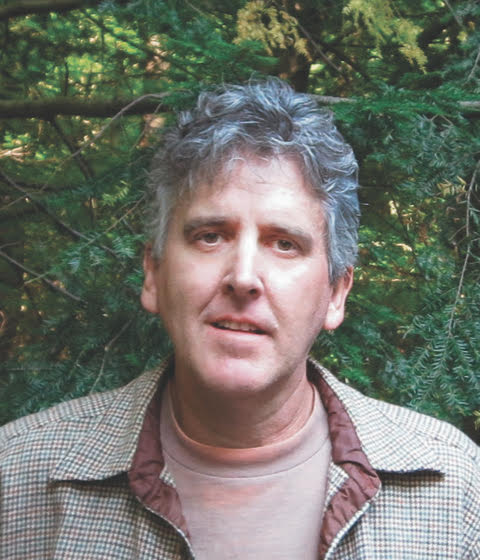 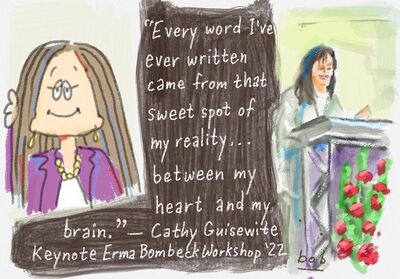 Cathy Guisewite was born in Dayton, Ohio, and moved at age 5 to Midland, Michigan — a Midwestern upbringing that became the foundation of her creative genius. In 1976, she created the comic strip Cathy, a relatable and hilarious look at womanhood in a changing world, and it ran in nearly 1,400 newspapers for 34 years. She earned the National Cartoonists Society Reuben Award in 1992; an Emmy Award for the animated TV special Cathy in 1987; and the high honor of having her work displayed on refrigerators across the land. She released an essay collection — Fifty Things That Aren’t My Fault — in 2019, and her latest book, Scenes from Isolation (2021) was born when she lifted her head from a carton of ice cream and started dumping her pandemic angst on paper. Guisewite lives in California with her handsome and charming dog, Leo.

This Cathy Guisewite drawing is a little hodgepodge compositionally because I really didn’t know what to expect, and I just spit it out without any planning. Not sure if she liked it — we ran into each other during the weekend, and she is very shy.