History of the Sisters of the Good Shepherd

Order of Our Lady of Charity

Jean Eudes founded the Order of Our Lady of Charity in Caen, France, in 1641, to aid fallen women.  At the time of the French Revolution, seven houses existed in different parts of France. Disbanded along with the other convents of France in 1790, the houses reorganized after the Revolution.

Rules of the Houses

"The new house followed Eudes' regulations for the treatment of penitents. The ordering of the penitents'day was basically no different from what it had been in the seventeenth century. Work and religious exercises occupied the time from 5.30 a.m. until 9 or l0 at night, except for the intervals for two meals in the refectory and two periods of recreation, each of one hour. The breaking of silence outside times of recreation was a punishable offence, except for necessary speech or liturgical song.  Special acts of penitence were to be performed on Fridays and during Lent.

Pelletier chose not to refer to the disgraced females in her charge as "penitents" or "girls," as John Eudes had done, but invariably referred to them as "children." Thus the subjects were pernanently infantilized, for even if they spent the rest of their life in the refuge, their junior status remained unchanged. Punishments, whose frequency and form, decided by the mother superior, were sometimes those suitable for children, such as being made to wear one's nightcap in daytime, or one's dress inside out, sometimes those suitable for a nun: for example, kissing the ground, begging for one's food, the omission of meat from the diet, the recitation of prayers while kneeling in public. Violence was strictly forbidden. Pelletier was adamant that the sisters should never strike the children, and neither should those in authority prefer the arguments of force or verbal abuse to those of reason and maternal kindness. The girls and women were kept in various "classes,"  groups which never intermingled, even in worship or recreation. She designed the chapel of the Mother House in the shape of a cross, whose centre was occupied by the nuns sitting below the altar¡ at the east end, the two arms being used by the various classes and the long aisle by the public, who entered by tfre west door. The design was used later for all the congregation's chapels."

While still at Tours, Sr. Mary Euphrasia founded the Sisters Magdelen, a contemplative group for penitent women who wished to live a cloistered life. The Magdalens supported themselves with intricate embroidery and baking altar bread. The Magdalens later lived in communities attached to and supervised by, though separate from, the Sisters of the Good Shepherd. They are now known as the Contemplatives of the Good Shepherd. 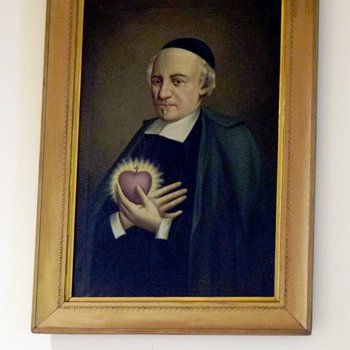 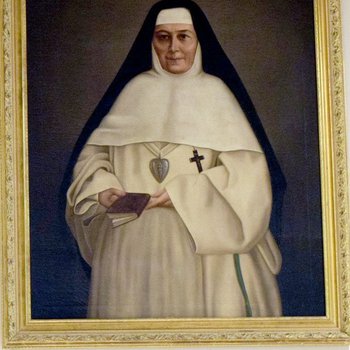