Home > College of Arts and Sciences > University Professor of Faith and Culture > Whose Faith? Whose Culture? > 11

Interviews: Whose Faith? Whose Culture? 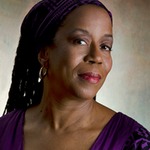 Wade In The Water: Dr. Kim R. Harris on Faith and Culture

University Professor of Faith and Culture

In this moving and thoughtful interview, Dr. Kim Harris tells us about the beauty of Black Catholic and African American faith and culture, expressed from the days of the spirituals of the Underground Railroad all the way to the present day. She illuminates her understanding of faith as relationship with the Divine or anything larger than oneself, theology as God-talk about that relationship, and beliefs as the gathering of people with similar experiences of that relationship. Culture represents the response to that faith, to that relationship experience, passed on in many forms down the generations. In this way culture and the faith it derives from form the 'water' within which the living heart of Black Catholicism and Christianity beats.

Please note that the transcript/captions and the audio-only (podcast) version of this interview will be available soon.