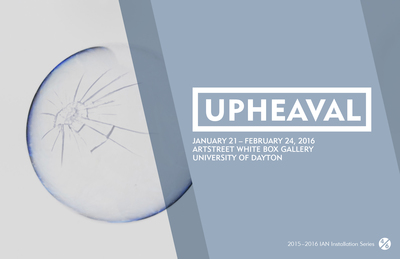 Upheaval will look at a social and cultural climate that rises from the ashes of Fear by localizing a future vision of change. By mirroring the University of Dayton’s campus climate during the Vietnam era (1965-1975) and tomorrow’s campus climate (2016-2026), this highly charged installation uses storytelling to establish a future campus that not only is influenced by our current national tensions, but also can learn from our past to innovate our future.