First-person account of life at Carthage from Sister Magdalen Pancratius, recorded in 1951

Living at the Carthage site were four groups:

According to Phillips, "the terms penitent class or preservate class were used routinely in the nineteenth century, but were phased out and finally eliminated during the late 1930s to prevent the girls’ developing a sense of stigma associated with being considered a 'bad girl.'" (p.  139)

The delinquent and dependent classes lived separately.   The institution served both black and white girls of both classes;  in the early to mid-twentieth century, the races were housed separately and had separate entrances to the Chapel.  Photographs from the late 1940's and later show mixed race groups engaging in various activities.

Though the typical daily activity schedule varied between facilities, the following schedule excerpted from the 1948 Vista Maria Handbook for students in Detroit, Michigan, may have been close to that observed by girls at  Carthage.

The girls had age-appropriate housekeeping chores such as laundry and ironing, meal preparation and cooking, gardening, housecleaning, and sewing. (Phillips, p. 134)  Like most Good Shepherd schools, the Carthage facility operated a commercial laundry and sewed embroidered clothing to supplement its income. As at other rural institutions, its gardens and small animal farms provided food for the residents. The girls contributed manual labor as part of their re-education process. (Phillips, p. 21) "Commercial laundries in the Good Shepherd schools were progressively closed because the mandatory requirements for school attendance decreased the time available for the girls to work" (Phillips, p. 183) and this appears to have been the case at Carthage, though the date the commercial laundry closed is not known. 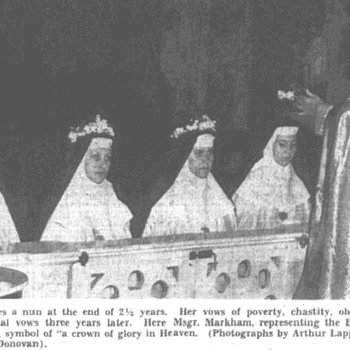 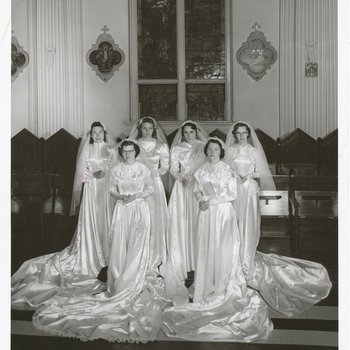 Novices Dressed in Wedding Gowns inside the Carthage Chapel 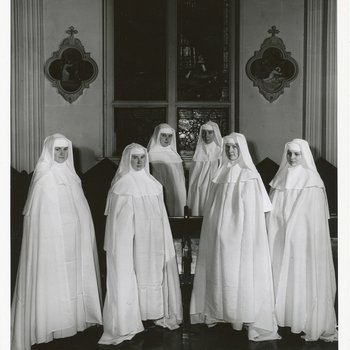 Novices Dressed in White Habits in the Carthage Chapel 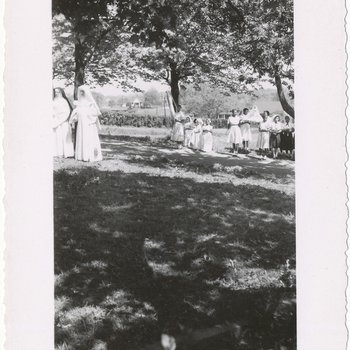 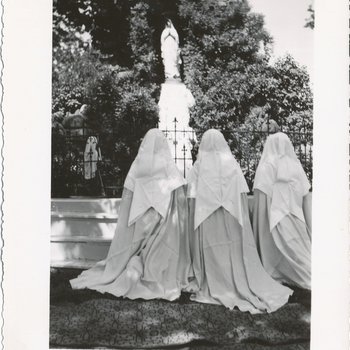 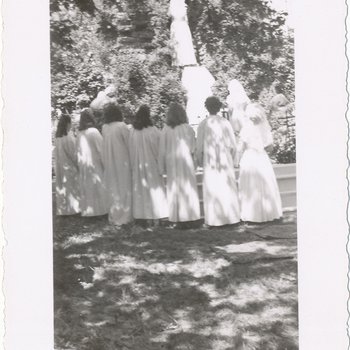 Girls before a Statue at Grotto 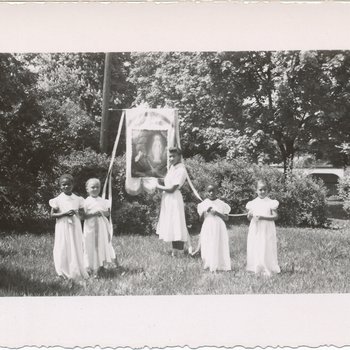 Girls with a Banner of the Blessed Mother 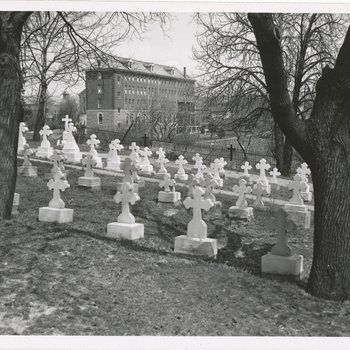 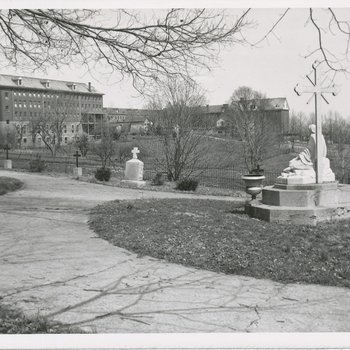